The Best Futuristic Baby Names For Girls And Boys The future is uncertain, but as parents, we make plans for our children’s future from the onset. Way before settling on the perfect name, we dream of how they will look.

We wonder what they will love, will they excel in the things we are good in, the quality of life we want for them, the milestones we are yet to face and conquer, the first day of kindergarten, leaving home for college, the day they get married and have children of their own.

All these thoughts affect the majority of our decisions, and we always choose their names to last them a lifetime.

Futuristic baby names will last them throughout these periods in their lives, and some of the names might be the next generation’s family names for centuries to come.

Who wouldn’t love to know the name they initially chose for their child becomes a family name through several generations?

In the search for baby names, the majority of parents have all the time leaned towards the classics that have been around for ages and recently, common names that have become familiar. Why Go For Futuristic Baby Names?

Now parents are looking for unusual titles that you will not find repeated in the playground or at school to name their children.

Futuristic baby names are quirky and uncommon, and parents want their children to love having a name that is solely theirs. Children, especially teenagers, have a phase where they do not like their given names.

Some would love to have a name that is similar to their favourite tv show character, gaming avatar, inter-galactic space, or even celebrities. They may not like their given name at that stage in life, but most of them eventually outgrow this and settle well into adulthood, loving the same name.

For parents looking to avoid this stage, futuristic names are an ideal choice. Names of the future are appealing to babies and make the parents look fresh and witty.

Some of the names are unisex and hence can be given comfortably to babies of either gender without sounding feminine or masculine when pronounced.

If you are looking for inspiration into a rare name for your cute girl or boy, then the list of futuristic baby names compiled here will fit into your hunt for the ideal one.

These unique futuristic girl name spellings will imply wonder and have people impressed with the way your daughter’s name sounds.

It will make for an interesting conversation starter for her in the future as she grows up, as almost everyone she meets will want to know more about her name, the source, how she spells it, and the mystery of what made you as her parents settle on that name for her.

Here’s a list of futuristic baby girl names that are pretty and will stay fit for the upcoming times. They are extraordinarily unique and fierce, and what better trait to have in a daughter.

Adley…A unisex name from the Arabic meaning, honest. Can also be written as Adlai.

Astrea… Means Star in Greek and is the Goddess of innocence and justice.

Aurora…A popular name from radiant Disney’s sleeping beauty. It originates from Latin and means dawn. The Roman Goddess of sunrise whose tears turned into the morning dew

Almora…Known to Originate from the Australians and means powerful and complete.

Amaeri… A variation of the name Amar. Which originates from Arabic that means moon. Anahi… This Spanish girl name means beautiful like a flower.

Anaya… This beautiful girl name is from Hebrew and means, God answers.

Annora… From the Old English name Honora, which means Honor.

Arbelle… A Latin name that means yielding to prayer.

Arika… From Hindi and means beautiful.

Astra… Of Greek Origin meaning from the stars.

Ayleth… From the Spanish and means free spirit.

Baila… Originating from the Spanish, this girl name means dance.

Cosima… This female name means order. It is from the Greek word Kosmas.

Dalla… From the Swedish, this girl name means valley.

Idelle… From the celtic and means bountiful.

Juno… Means Goddess of marriage and childbirth and is of Latin Origin.

Luna… Means moon and is of Latin Origin.

Mara… A Unisex name from the Arabic and means Joy.

Milaya… Means dear or darling and is of Russian Origin. Moriyah… A Hebrew girl name that means Gift of God.

Nova… A Latin name meaning new. In astronomy, it explains a star that appears suddenly and burns bright before slowly fading.

Saskia… Originates from Slavic which means protector of humankind.

Solace… Means comfort and is derived from the Latin word that means consolation.

Starla… An American girl name which comes from both the words Star and Carla.

Zelia… From the Greek and means zeal. Giving your son a name that will bring out his unique nature will be an excellent choice. These spectacular names will help them build an identity for themselves in the not so far future.

This list of futuristic names for boys is bound to be a good fit for your son, and he will relate with them all through. Boys are adventurous, curious and creative.

Astro… Of Greek Origin and means of the stars.

Axton… From English and means from the town of ash trees. 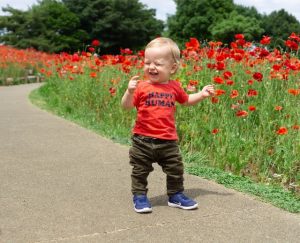 Broggs… Derived from the English name Briggs, which means dweller by the bridge.

Edard… Derived from the English name Edward, which means prosperous.

Eryx… A boy name from the Greek which means Boxer.

Flyx… A Japanese boy name which means fly or soars.

Jarin… An English name which means cry of rejoicing.

Kayel… Originates from the Aramaic and means divine energy.

Nox… This unisex name means Night and originates from Latin.

Extremly Cool Names For The Future

Phoenix… A unisex English name that means deep red and refers to the mythical bird that symbolises rebirth and immortality.

Teag… Of Irish Origin, this boy name is a variation of the name Teague which means philosopher or poet.

Vail… English male name that means dweller in the valley.

Vox… This unisex name means Voice and is of Latin Origin.

Xav… Short form of the name Xavion which means fighter.

Yael… A unisex name straight from the Hebrew bible that means Nubian ibex.

Zyre… An American name which means awesomeness, blessing and love.

Futuristic baby names are a new trend among parents due to their innovative nature and ideas. Parents are no longer playing it safe when choosing baby names, and the different the title, the more appealing it is.

Your son or daughter’s name will be hard to predict, and they will enjoy having that contrast from their peers. Hopefully, you have found one from this list, and we wish your child loves the name as much as you have.

The Best Middle Names For Ashley

Middle Names For Charlotte That Are Totally Awesome!